Joining me today for brunch is author Shandra Miller!

First and foremost, it is a pleasure to have you here.  Welcome to Harper’s Sunday Brunch Interview!

So, can you tell us what makes Shandra Miller tick?  What got you started on the path to becoming an author?

That's a long story, but I'll make it short, as they say. I didn't grow up in the best of households, and I learned early on from my grandmother there was a whole wide wonderful world – actually, lots of worlds – when she would read to me. As I got older and read on my own, I could forget everything going on around me. Then I started making up my own stories, in my head, the way I wish the world was, or something to keep me occupied. I spent a few years on the road, working the carnie circuit, and did some writing there, all longhand. A couple of years ago, I more or less settled down, bought a computer, and starting writing my stories there. Last fall, I published my first short stories, and now I'm doing longer works.

What are you currently working on?  Would you care to share a snippet?

I just released my novel HELPLESS, Book 2 of the Lethal Obsession Trilogy. Thursday (Aug. 15) was release day. So I'm more or less between projects, though I'm starting one this week that I hope to have out in October, a combination of horror and erotica. If it's okay, I'll share a bit from LETHAL OBSESSION.


Do you include some of your own personal experiences in your books or do you prefer to use your imagination?

Oh, I'll have to say imagination.

Why Erotica & Suspense?  What made you choose these genres over others?

I enjoy erotica. I hesitate to say this, I don't want to be taken wrong, because I'm really a boring person, but I like, hmm....let's just say I enjoy some things in real life, so I write what I enjoy. As for the suspense, there again, I like well-written suspense and thriller tales. I thought it would be a challenge to combine the two genres. But I don't think I want to limit myself to these two forms of writing. As I mentioned earlier, I'm taking a run at some horror combined with erotica, and I have a few ideas down the road for stories that don't include erotica.

Do you have a specific process or a ritual you go through when sitting down to write?

Over the years, because of my lifestyle, I've learned to write whenever the opportunity presents. Having said that, when I am able to write in a manner that I really like, it's at night, facing the window, with the window open, a bit of music by Enigma or Loreena McKinnett playing, maybe a couple of candles burning. I like it especially like this in the autumn, when the air coming through the window is really cool.

Where do you find your inspiration for your plots?  Do you have any tricks of the trade you would care to share?

For me, my stories come from asking "What if." With LETHAL OBSESSION, I started wondering about people who hook up on Craigslist or other, similar websites. Then that progressed to thinking about people who find one another through BDSM-oriented websites. Then I asked myself just how far a person would go, what a person might do, allow themselves to be totally at the mercy of a stranger. That idea intrigued me a bit, but it didn't seem to be enough for a story. So then I thought, what if the person involved was a police detective, and what if, after meeting her stranger, another woman turned up dead, bound in the same manner the police detective had been during her encounter with the stranger, if evidence at the scene showed the killer had done to the victim, before killing her, exactly what the stranger had done to the police detective? That was the beginning of LETHAL OBSESSION, and by extension the sequel, HELPLESS.

What is the oddest place/situation where an idea for a book/plot has come to you?
These things happen on their own, and I have little control over when an idea will pop into my head. I say that so you don't think me callous or insensitive. I was at a funeral for a friend when a story idea popped into my head. I've put together a rough draft of that story, hopefully I’ll finish it some time.

What makes a book stand out and perk your interest?

I have to have a strong plot, something that matters at stake and a logical, reasonable working out of the plot line. Cliffhangers are okay, in fact I like them, but don’t leave me at the end of a novel with a bunch of questions that are unanswered just because the writer was too lazy to edit the story and work out all the plot holes. But the story has to have a strong plot. For erotica, that means something other than the erotica must drive the story.

We all have our favorite authors.  Can you share some of yours and tell us why you like them?

Robert Parker is my absolute favorite modern author. The guy, may he rest in peace, could write the most beautiful novels, could tell so much in few words it was incredible. That was one author whose works I would fly through (normally I'm a slow reader) and at the end I was just dying for more. Wonderful story teller. Douglas Clegg. He's a best-selling horror and fantasy author (though it seems no one has heard of him!) who writes the most beautiful prose. Seriously, I've caught myself stopping in the middle of a page and going back to reread it simply because it was written so well.

We all have a pet peeve, care to share yours?

Drivers who seem like they're falling all over themselves to get in front of you – running a stop sight, cutting it so close they almost hit you – and then once they pull out they drive 10 miles per hour UNDER the speed limit. My second pet peeve are people who tailgate me, but when those first pet peeve people get in front of me, I find myself turning into a tailgater.

When you’re not writing, what are the things you enjoy doing to relax?

I like to walk. I like to go running, especially in the rain. Sometimes, I'm absolutely serious about this, I will lay in the grass and watch clouds drift overhead, or lay out at night looking at the stars. Sometimes I do that when I should be writing.

Thank you so much for joining me here today, Shandra.  I know my followers will enjoy this spotlight as much as I have conducting it.  Good luck on all your future endeavors.

You are quite welcome, and the pleasure was all mine. I enjoyed it.  If any of your followers have questions for me, they can put them in the comments here. I'll check back several times over the next few days and answer anything I can! 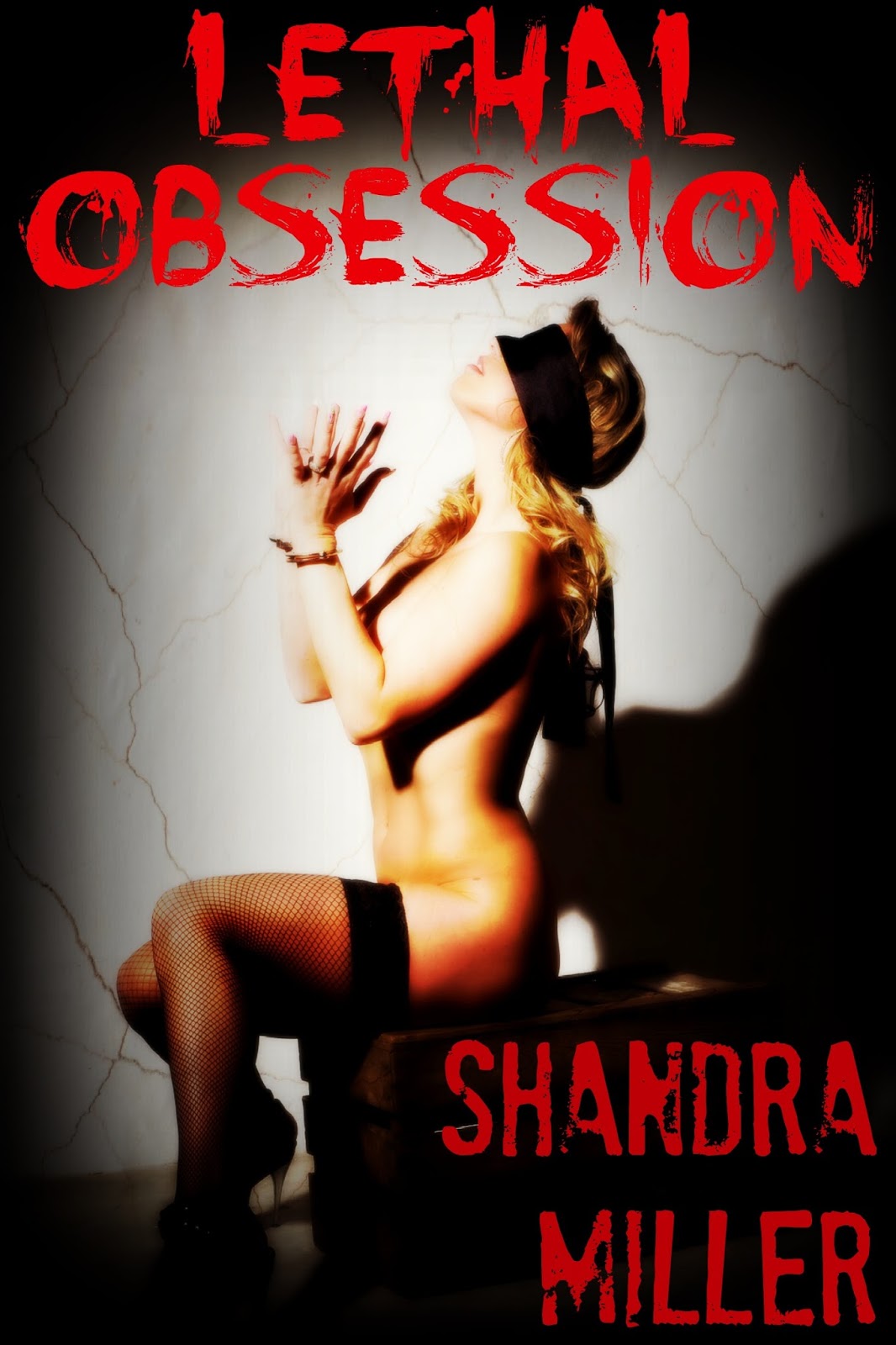 Angela Martin is like everyone else. She wants acceptance. Love. Passion.
For five years she’s lived with the pain of knowing her husband cheats on her. She’s dealt with the heart-rending rejection by rebuilding her life around her work, becoming the first woman detective in the history of the Moose Creek, N.C., police department.
Then she stumbles upon him. A man who reawakens desire, who makes her feel more alive than she believed possible by pulling her into a world of bondage and dominance, devotion and trust taken to a new level, fear mingling with desire, a craving stronger than any drug.
Soon women start turning up dead in Moose Creek, bound and tortured, tied in ways that Angela finds startling familiar. Angela’s heart tells her that her newfound love cannot be the killer, her detective instincts tell her otherwise, and her obsession with this new lifestyle draws her back to him, even at the risk of her life.
LETHAL OBSESSION is a tale of sex and bondage, love and fear, desire and suspicion, with an ending that will leave you breathless, craving more. 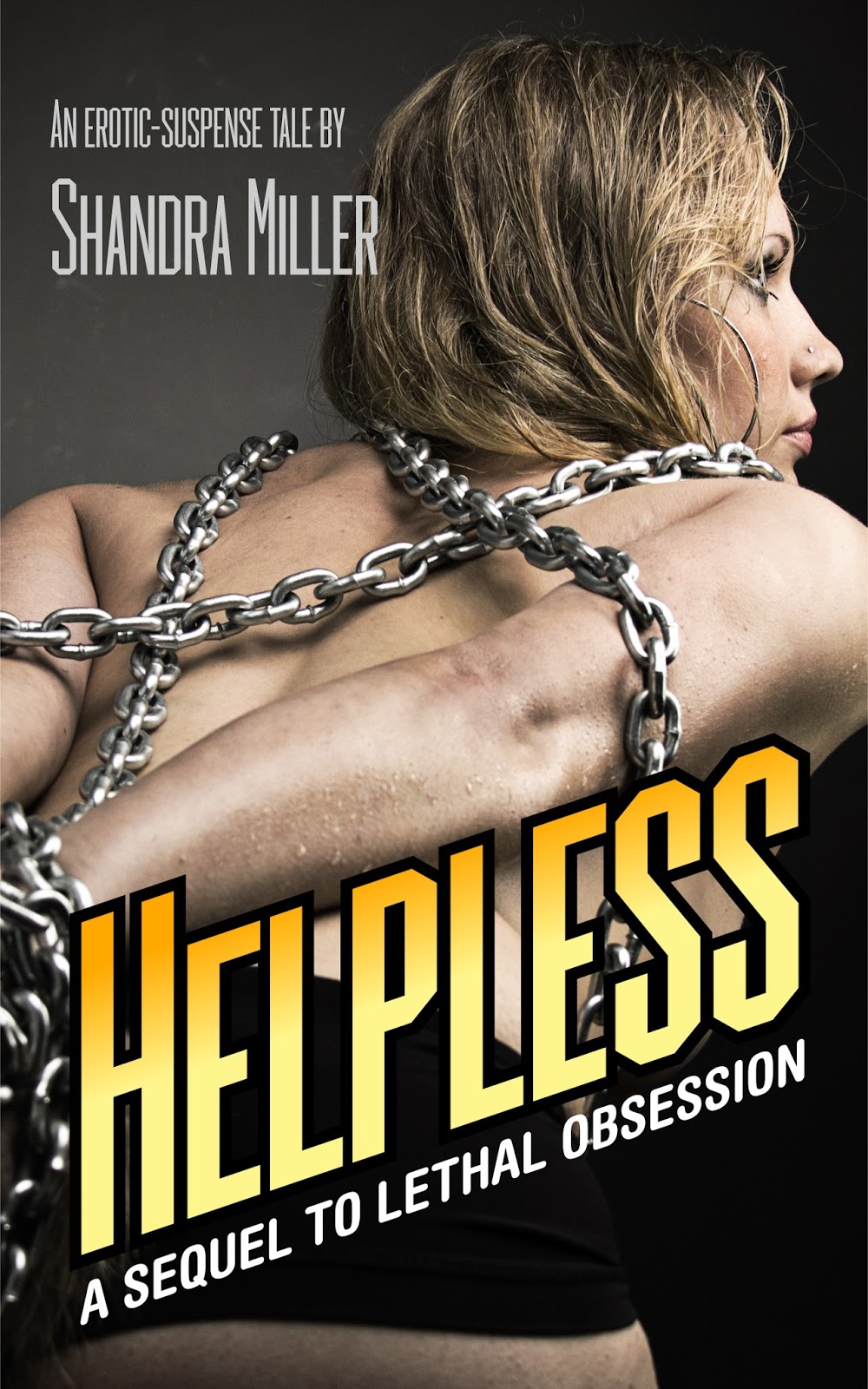