First and foremost, it is a pleasure to have you here. Welcome to Harper’s Sunday Brunch Interview!
Thank you Harper, a pleasure to be here, and I would just like to say what an honor it is to speak to someone who shares the name with such an eminent author, Harper Lee!

So, can you tell us what makes Tom Covenent tick? What got you started on the path to becoming an author?
Tom ticks because of the wonderful fact that there is difference in the world. If there were no tock as well as ticks, there would be no tick tock. Imagine for a moment that there were no gender differences! No male, no female, no spectrum between the two. I mention the spectrum, the rainbow, because eroticism depends on the difference between male and female, not ‘shades of grey’ (excuse my pun), but spread of color. Of course I do not exclude homo eroticism, it is very much included. Who amongst us, if they are really honest, does not have some corner of their psyche that does not harbor some hidden ‘homosexual’ fantasy? So the answer to your question, if I am to answer it simply, id ‘difference’ makes Tom Covenent tick. I hope you weren’t expecting a single sentence answer! Many of my erotic stories are short, but they are not, I hope, TOO short!

…she giggled, girlishly, clambered on top of him, her hands pushing under his head, holding it tight and flicking his earlobes with her thumbs. Her long black hair tumbled forward covering his face, it smelled like fresh apples. She released his head and sat back as she sorted out her hair. He felt his cock stiffening as he watched. Her naked breasts were pulled taut as she struggled with raised arms to tie her hair back. Finally, satisfied, she leant forward and slipped her hands back around his head. Looking down on his rugged, weather beaten time marked, but roguishly handsome face, she continued where they had left off. “I’m a whore, but I’ll preach if that’s what you want,” she said, seriously, “I even have a nuns outfit.”…

Do you have a specific process or a ritual you go through when sitting down to write?
Ah, I can give a simple answer at last, no, no rituals. I am not in the slightest bit religious or superstitious.

Where do you find your inspiration for your plots? Do you have any tricks of the trade you would care to share?
Real life experience provides me with all the inspiration for plot lines I need in the genre I write in. I tend to develop ideas around situations that are ‘normal’ and something outrageously sexual occurs. I’ll give you a ‘for example’. I went to a small lingerie store to buy my wife a sexy outfit (for Christmas). I know, I know, it was for her to wear for me, so strictly speaking, it was a joint present. Don’t forget the benefit will be hers in the end – I am very aware of the importance of the female orgasm! Anyway, there were two shop assistants and no one else in the shop. I received the benefit of both of the older middle aged ladies’ advice. They brought an array of panties, bras, corsets, stockings, asking me what I thought about styles, explaining ‘French cut’ and ‘French Knickers’ and other style of panties, color, texture, transparency. It was obvious that they were enjoying my embarrassment handling the garments; I was trying to conceal the effect the situation was having on me physically. Nothing actually happened, although I purchased a little more than I intended, but my imagination has extended the scene to many different outcomes.

Does that answer the whole question? I’m not sure I know the tricks of the trade well enough to tell any, but I would say that in order to become a writer you have to write (every day – but do not expect to write well all the time) and do not try to write and edit at the same time!

What is the oddest place/situation where an idea for a book/plot has come to you?
I’m not sure what would be considered an odd place or situation, as I tend to come up with ideas wherever I am and whatever I am doing. I suppose the scene in Immaculate Whore being dreamed up in part whilst in the Sistine Chapel in the Vatican could be considered odd. I’ll give it some thought and if you invite me back one day, I’ll try to answer that again!

What makes a book stand out and perk your interest?
I’m not sure. I don’t tend to read erotica, so I have to answer this outside of that genre. I usually know after the first page if I am going to go on to the next page with anything like delight. It is much the same as writing. If the idea grips me, I keep on going (reading or writing). Otherwise I consign the work to a dusty rarely visited directory on a hard drive or put the book back on the shelf and perhaps re-read by accident one day. An example of this is Game of Thrones. I started reading the first book, but it didn’t grab me, and I put it on a shelf and forgot about it. Then one evening, I found myself watching a scene on a new Television series that seemed strangely familiar. Suddenly it came back to me; the scene was from the book I had stopped reading almost a year before. I dug out the book and forced myself on. Now I have read three thick volumes and watched all the series made so far.

We all have our favorite authors. Can you share some of yours and tell us why you like them?
I am back in horror phase at the moment so Stephen King and Dean Koontz are my current ‘flavor of the month’ authors. I love the depth in Stephen King’s writing, the humor and the ability to think as a child in some of his work. Dean Koontz, I am new to, but I am finding his writing easy to read, not as descriptive and deep as King, but really good plots. I tend to have favorite books rather than favorite authors, as sometimes an author writes something I don’t take to.

We all have a pet peeve, care to share yours?
I am assuming you mean with regard to writing? I can’t abide sudden unexpected changes in point of view. I am guilty of it too, but I have editors who crush it out of my work!

When you’re not writing, what are the things you enjoy doing to relax?
Eat food, drink booze and have sex (often alone)! A simple answer at last!

Thank you so much for joining me here today, Tom. I know my followers will enjoy this spotlight as much as I have conducting it. Good luck on all your future endeavors. 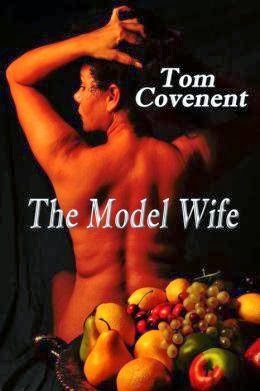 When a retired couple find themselves a little short of cash, ordinary housewife Emma agrees to pose nude for a life class. Her husband is unaware that his wife has more than boosting the family coffers in her mind.

A closet exhibitionist, how could she resist such an opportunity? Chaperoned by the elderly college custodian, finding herself attracted to the art tutor, will she resist temptation? 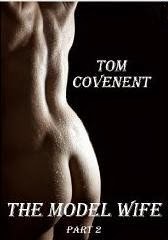 After her short lived career as an artist's model, Emma finds herself embarking on a new career in front of the camera. Voyeuristic husband, Edward, encourages her to follow her dream, while harbouring secret desires that may push their relationship to the brink. Will Edward's secret obsession push her down the road toward a career in the sex industry, or lead to mutually satisfying relations? 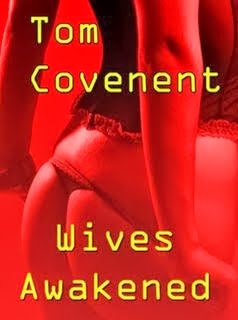 3. Walking in the woods
To escape the boredom of a Bank Holiday, they take a walk in the woods. Another couple may have had the same intention, but their walk turns out to be far more far more interesting.

6. Coming out
A fetish shared is a fetish doubled. 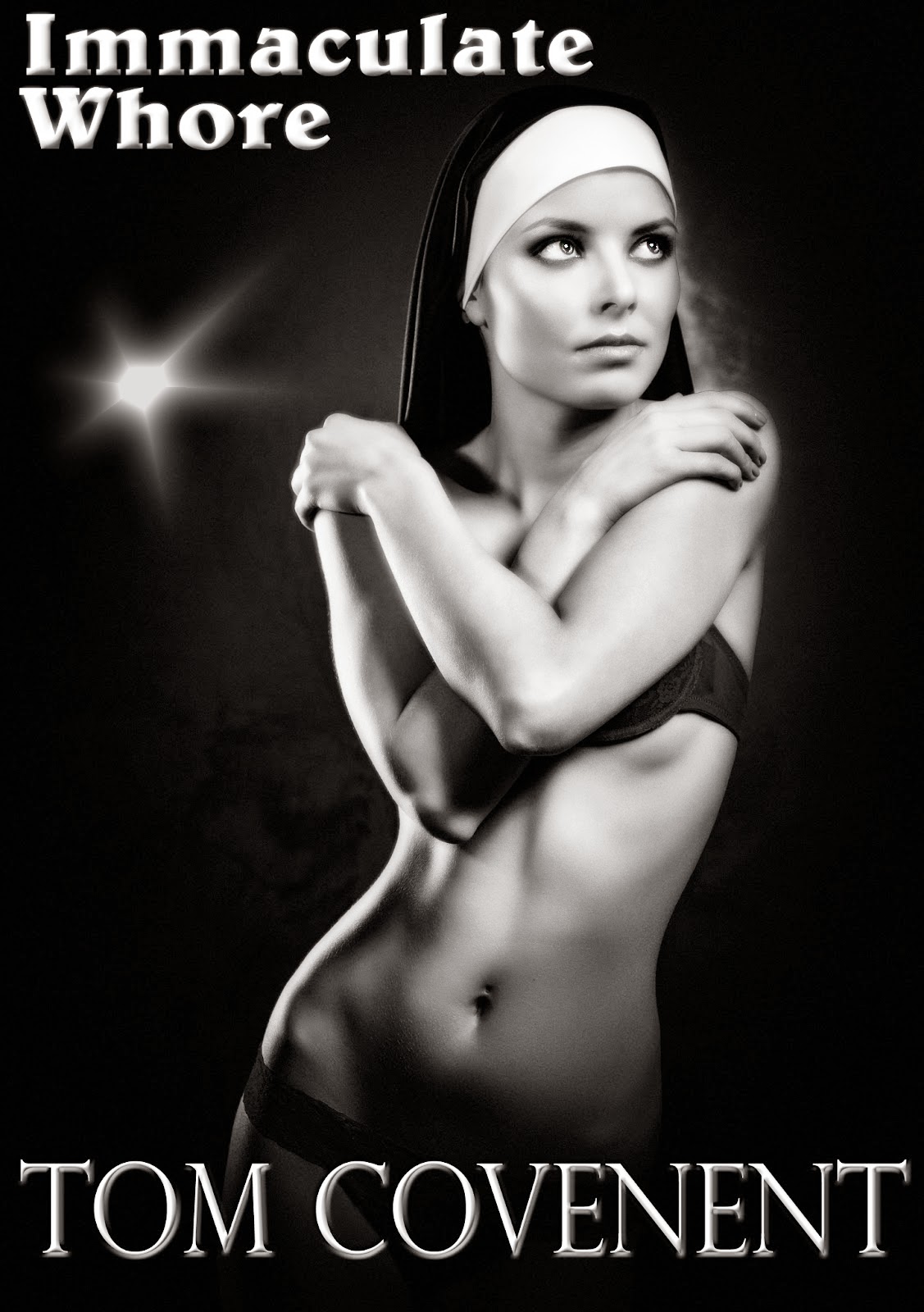 He is an Atheist and she a Catholic, but it is she who breaks her marriage vows. Heartbroken, with their plans to spend a romantic week in Rome lying shattered on the jagged rocks of her infidelity, he flies to Rome alone to consider his future. He becomes intent on seeing the heart of her religion, to visit the famous Sistine Chapel, to test his convictions and challenge her belief in an almighty supreme power.


On his way he meets a beautiful woman, also alone in the ancient city, and against his attempts to resist, he falls under her spell.

Is this enigmatic female a demon or an angel, a whore or a wife of Christ?


Will he find faith in the eternal city or his own form of enlightenment and comfort in the arms of a whore?