THE CRAVING
(The Wanderers - Book 2)
by Tina Donahue 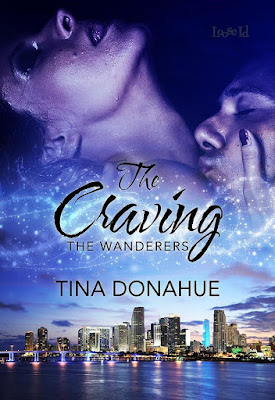 She’s everything he’s desired… He’s the one man she shouldn’t crave.


Knowing the danger the Wanderers pose, Erica Vega intends to hunt down the mysterious group steeped in dark magic, curses and mind control. As a Deputy U.S. Marshal she has the law behind her, along with her telekinetic powers. Let the chase and battle begin.

Not so fast. Her superior forbids her to go after any Wanderer, instead ordering her to work cold cases with her new partner Lucian Navari.

Tall, dark and hotter than sin, Lucian doesn’t play by the book. He has his own agenda and agrees to help Erica hunt Wanderers on the sly where he and she can be up close and personal.

Erica’s not one to mix duty with pleasure, but he’s impossible to resist in too damn many ways. As they investigate an elusive Wanderer, nothing is as it appears – she can’t trust what she sees or believes. Lies masquerade as truth, deception rules while she and Lucian grow closer in a carnal dance that will change their lives. 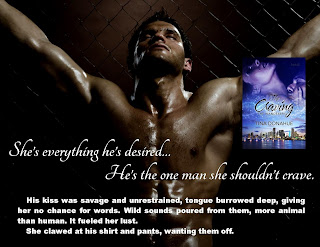 What in the fuck is that?

Good sense told her to jump out of bed, Glock in hand, and fire at whoever made the noise.

She couldn’t move. Didn’t want to.

On some level, she understood this was a dream. About what?

Lucian. Lights from the neighbors’ backyards bled past her blinds, slanting across his handsome face. He crossed the room, undressing as he did. His shirt fluttered to the floor. His shoes and belt buckle clunked, slacks rustled.

Naked, he stood to her side and looked down at her.

Her heart turned over. She weakened as she never had.

Several locks had tumbled over his forehead. She longed to ease them back and kiss his silky eyebrows.

Passion hooded his eyes and had thickened his cock. It jutted from his thick pelt to point her way.

He was showing off. A pleased sigh rushed from her. Flooded with outrageous desire, she had an intolerable need to end her solitude. She hadn’t realized until now how lonely she was. How eager to have him in her bed and within her pussy.

He pulled the top sheet off her. It floated to her feet.

She laughed at how cute he looked. Like a little boy opening a Christmas present, excited as all get-out.

Proving he was a man with pressing needs, he unfolded himself over her, their hips joined, his shaft nuzzled against her cunt, her breasts crushed by his chest. He cupped her face, held her still, and claimed her mouth.

His lips were warmer than she’d dreamed possible, his taste fresh and sweet. She wreathed her arms around his shoulders to keep him close, wanting to drown in his heat and scent.

He thrust his tongue between her lips.

She welcomed the intimate assault. With a slave’s devotion, she sucked him, mingling their flavors, creating a new one belonging to them alone.

He ground against her.

She wrapped her legs around his lean hips and pumped, mimicking a hard fuck.

His growl said he liked that.

He tore his mouth from hers, eased back, and plunged his cock within her pussy, stretching, owning, taming her for his use.

Allowing it, she squeezed her channel to intensify the friction between them.

He gave her a lusty smile, swooped down, and captured her mouth, tempting her with his desire, fueling her own.

She never wanted this to end. 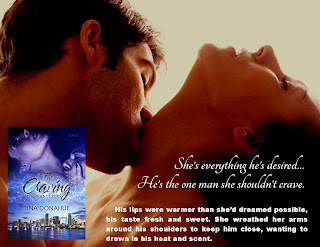 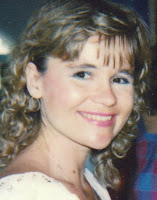