RIPPING OFF THE MASK 2nd EDITION

RIPPING OFF THE MASK
2nd EDITION
ON SHELVES NOW! 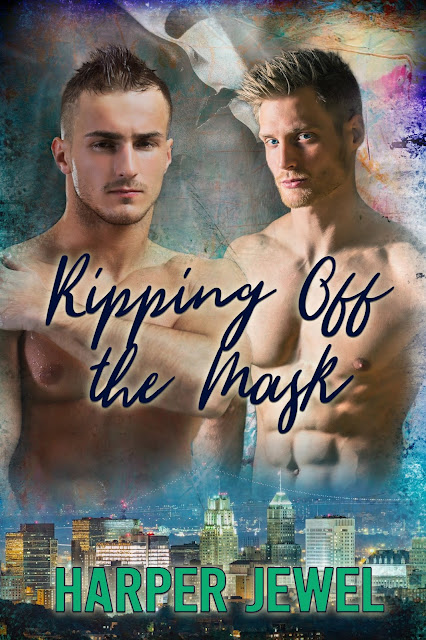 Can injured Sgt. Cooper Brandt, with the help of Dr. Westley James, rip off the mask he donned as self-imposed penance at the end of high school, or will fate determine a different path for both men?


Thirteen years after high schooler Cooper Brandt suffered a life-altering tragedy, Newark Police Sergeant Cooper Brandt suffers yet another earthshaking misfortune while on duty. As a result, he lets the mask he donned because of his first grief-filled setback slip. When overwhelming guilt consumes him for a second time, an unexpected, and oftentimes unwanted, helping hand tries to force him into making a choice: face his demons and rip the mask off, or continue living a lie while his facade stays put.

Upon his move to New Jersey, aqua therapist Dr. Westley James meets his toughest patient yet when a snarly police sergeant accuses him of duplicity at the start of their first session. When he discovers the reason for Cooper’s ornery attitude, an odd, empty feeling he’s lived with for as long as he can remember begins to fill in like missing pieces of a puzzle.

As a fragile relationship between Cooper and Westley grows, an unhinged sociopath threatens to ruin everything. Will fate force the emotionally bruised sergeant to fasten his mask on even more tightly or will the couple’s blooming love and partnership be strong enough to help Cooper rip his mask off for good?