CONGRATULATIONS TO SARAH DALTRY ON HER NEW RELEASE! 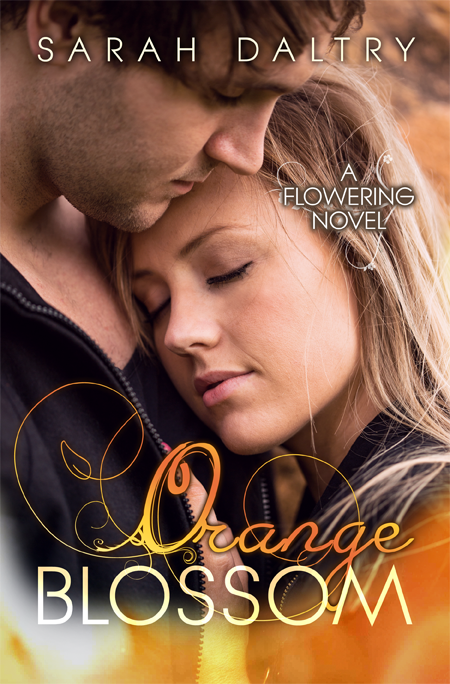 You already know their stories: Lily, the perfect princess, always living someone else's life. And Jack, the broken boy, who had stopped believing in hope. Somehow, though, they found each other and what was one night blossomed into a love story.

Now, a year later, Jack and Lily are dreaming of the future. Despite all of his promises to himself that he would never be indebted to anyone, Jack makes a new promise - this time to Lily - that he will be there for her forever. But when life unravels for them, he starts to pull away, and Lily worries he's out of reach for good.

When Jack does the unthinkable, Lily is left destroyed. Is it possible to have a happily ever after? Does love ever really save anyone?

An Excerpt from Orange Blossom

He’s smiling. Not that smirk he gets when he’s bitter but also pleased about something. It’s not the smile that says that he knows happiness is temporary. When he lines up his Skee-ball shot, there is a smile on his face that is pure. Genuine. It’s like taking a step back and seeing Jack in a photograph. One from years before his life went crazy. He’s just a dorky kid playing Skee-ball and he’s so happy when he nails the shot. He does an awkward little dance and it’s the kind of thing about Jack that makes me love him. He’s gorgeous and sexy and aggressive yet sweet. He’s kind and considerate of me, both sexually and in general. But I don’t love Jack for that. I love him because there is light in the world in the space he takes up. I know he doesn’t see it, but he’s inside himself. From the outside, all I see is the absolute electricity and fire that fills the air around him.

“That’s how it’s done,” he tells me when he finishes his game, wrapping up his ridiculous stack of tickets. I’m so going to lose, but I don’t care. He’s happy. I just almost wish I was better at this, so we could stay here longer, so that Jack could be this part of himself for as long as he needs.

“Because I’m good at Skee-ball? Shit, that’s all it takes?”

I shake my head. “No, but you tell me all the time. I don’t think I ever say it to you. I don’t like the idea of perfection. It’s too much of a standard to live up to, but I don’t think you even understand. It’s cheesy and probably cliché, but I just can’t imagine how I could breathe without you. How did I exist before this?”

He looks down, uncomfortable because it’s one thing to tell Jack he’s hot or sexy; he can handle that and he gets cocky and ridiculous when I tell him that. But this part of him, this vulnerability, he buries it so deep that drawing attention to it makes him want to disappear. But I don’t want that. I want him to embrace it, because it’s sweet and beautiful.

“Don’t look down,” I say and I lift his face to look at me. His eyes explode with light, the way fireworks do on New Year’s when the sky is like ink and then it’s suddenly on fire. I lean in and kiss him, feeling his hands tighten on my arms and his lips opening against mine. He’s scared. I can feel it in the way he kisses me today; he feels himself falling and he’s trying to hold on and I need to figure out how to be steady enough to hold him. “Trust me,” I plead. “Let me take some of what you’re feeling. I can handle it, Jack.”

He nods. “Another day. Today, I just want to stay here, to be here with you, where it’s safe and comfortable and my entire world is this. Where strawberries and popcorn and Skee-ball and shitty plastic toys are the entirety of what exists.” He pauses. “I promise, Lily. I will. Soon. But let me hide from it. Just for a little longer?”

“I’ll try,” he offers and it’s okay that he can’t promise. He’s honest and I would rather he is than say something he knows is a lie. I’m not fragile. I won’t break if he hurts me. I just don’t want him to worry about doing it. I never signed up for it to be easy. I knew from the start that it wouldn’t be. “Now, stop distracting me. Unless you want to concede defeat?”

“Never gonna happen,” I say and I settle in to play more Skee-ball. I don’t really care about winning since whatever the prize ends up being is going to be more of him, regardless. But I try my best and actually win two games in a row. Of course, that’s as long as it lasts.

When he beats me, by eight games, he gloats in his victory, but he ends up using his tickets to get me a green plastic piggy bank. The options are pretty bad, but I love that he picked the bank, because it’s hideous and cheap and we spent far more than we could even fit in the bank. I love it because I’ll never use it, but it will always be like this day – something that doesn’t really belong but needs to exist because the world is simply better for it being there.

A LITTLE MORE ABOUT SARAH
Sarah Daltry writes about the regular people who populate our lives. She's written works in various genres - romance, erotica, fantasy, horror. Genre isn't as important as telling a story about people and how their lives unfold. Sarah tends to focus on YA/NA characters but she's been known to shake it up. Most of her stories are about relationships - romantic, familial, friendly - because love and empathy are the foundation of life. It doesn't matter if the story is set in contemporary NY, historical Britain, or a fantasy world in the future - human beings are most interesting in the ways they interact with others. This is the principle behind all of Sarah's stories.

Sarah has spent most of her life in school, from her BA and MA in English and writing to teaching both at the high school and college level. She also loves studying art history and really anything because learning is fun.

When Sarah isn't writing, she tends to waste a lot of time checking Facebook for pictures of cats, shooting virtual zombies, and simply staring out the window.

Flowering series Reading Order: Forget Me Not, Lily of the Valley, and Blue Rose occur simultaneously and can be read in any order. There is some crossover in scenes between the titles, but each stands alone as one character's story. Star of Bethlehem is a direct continuation from Forget Me Not and Lily of the Valley. Orange Blossom assumes readers have read the other four titles and reads as a sequel, as will Ambrosia, releasing June 6, 2014.

Forget Me Not (Lily’s Story) 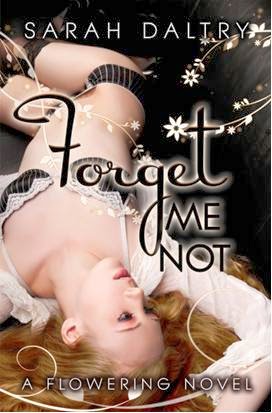 PURCHASE LINK FOR FORGET ME NOT

Lily of the Valley (Jack’s Story) 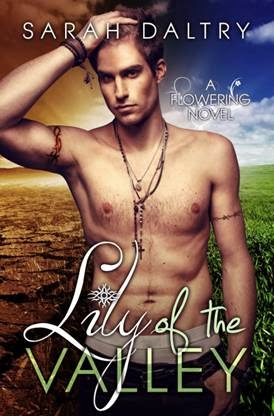 PURCHASE LINK FOR LILY OF THE VALLEY 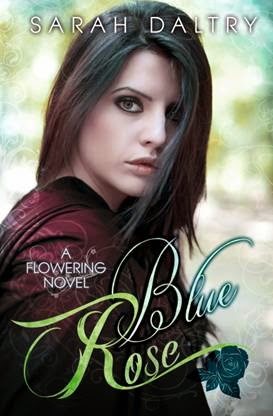 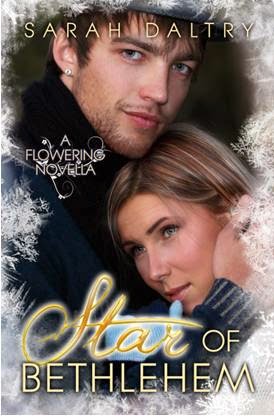 PURCHASE LINK FOR STAR OF BETHLEHEM