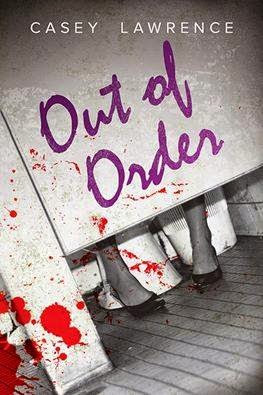 Corinna “Corey” Nguyen’s life seems perfectly average for a closeted bisexual whiz kid with her eyes on college and a budding romance with her friend Kate. Sixteen and navigating senior year with her tight-knit group of best friends through crushes, breakups, and pregnancy scares, Corey mistakenly believes that running for valedictorian and choosing the right college are the worst of her worries. That is, until prom night, when she’s left alone and in shock, hiding inside a diner restroom, the only witness to a multiple homicide.

With graduation looming, the pressure is on for Corey to identify the killer and ensure that the crime that has changed her life forever will not go unpunished. 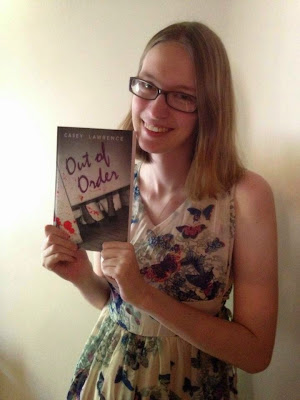 Casey Lawrence is an undergraduate English Language and Literature student at Brock University minoring in French and German. The vice-president of the Gay-Straight Alliance and editor of the yearbook in high school, she now volunteers with the Brock English Students’ Association, Brock Faith & Life, Brock Pride, and, most notably, the Brock Leaders Citizenship Society. She lives at home with her mother, grandmother, and her adorable seven-pound Yorkie, Bindi, in Ontario, Canada, where her bedroom is packed wall-to-wall with books. She reads everything from classics to comic books, and is an insatiable consumer of all kinds of stories. From a small city in southern Ontario, she makes frequent trips to Toronto to go to ComicCon, the Pride parade, and to see her friends spin HHC. Casey enjoys dropping some sick rhymes at Poetry Slam, picking through used book stores, marathoning her favourite shows on Netflix, and speaking out against discrimination at her school and in the broader community.

PURCHASE LINKS FOR
OUT OF ORDER