MIRROR OF RELEASE
ON SHELVES NOW! 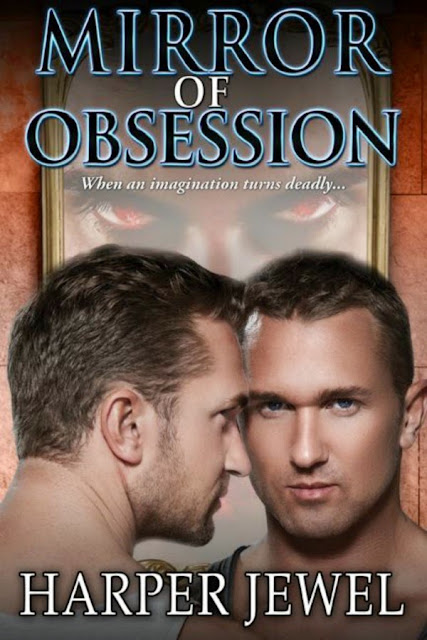 When fifteen-year-old Devin Hughes created his phantom lover to help him keep his sexual identity a secret, he never imagined that Brice would materialize in the flesh ten years later.

Convinced that the mind-blowing encounters he had with his hunky specter were nothing more than fevered hallucinations, Dev attempts to push Brice to the back of his mind and concentrate on his rising career as an advertising executive.

With the help of his newest client, Englishman Matthew Lyons, CEO of Lyons Security, Devin is able to forget Brice once and for all. Sparks fly between Dev and Matt, and they speed full-throttle into a relationship.

During a month-long separation, Devin struggles with uncertainty and reverts to his “hurt them before they hurt you” attitude, forcing him to get a grip and make things right or lose Matt altogether.

When an obsessed Brice finds out about Devin’s new relationship, his rage reaches an all-time high. The two men have ruined all his plans, and he will stop at nothing to reach his goal: harvesting Devin’s soul.

Will Devin, with Matthew’s help, find a way to banish Brice forever, or will they both succumb to the satanic powers of a maniacal demon?

PURCHASE LINKS FOR
MIRROR OF OBSESSION