SHANNON THOMPSON'S NEWEST RELEASE WILL BE AVAILABLE ON MARCH 22, 2014! 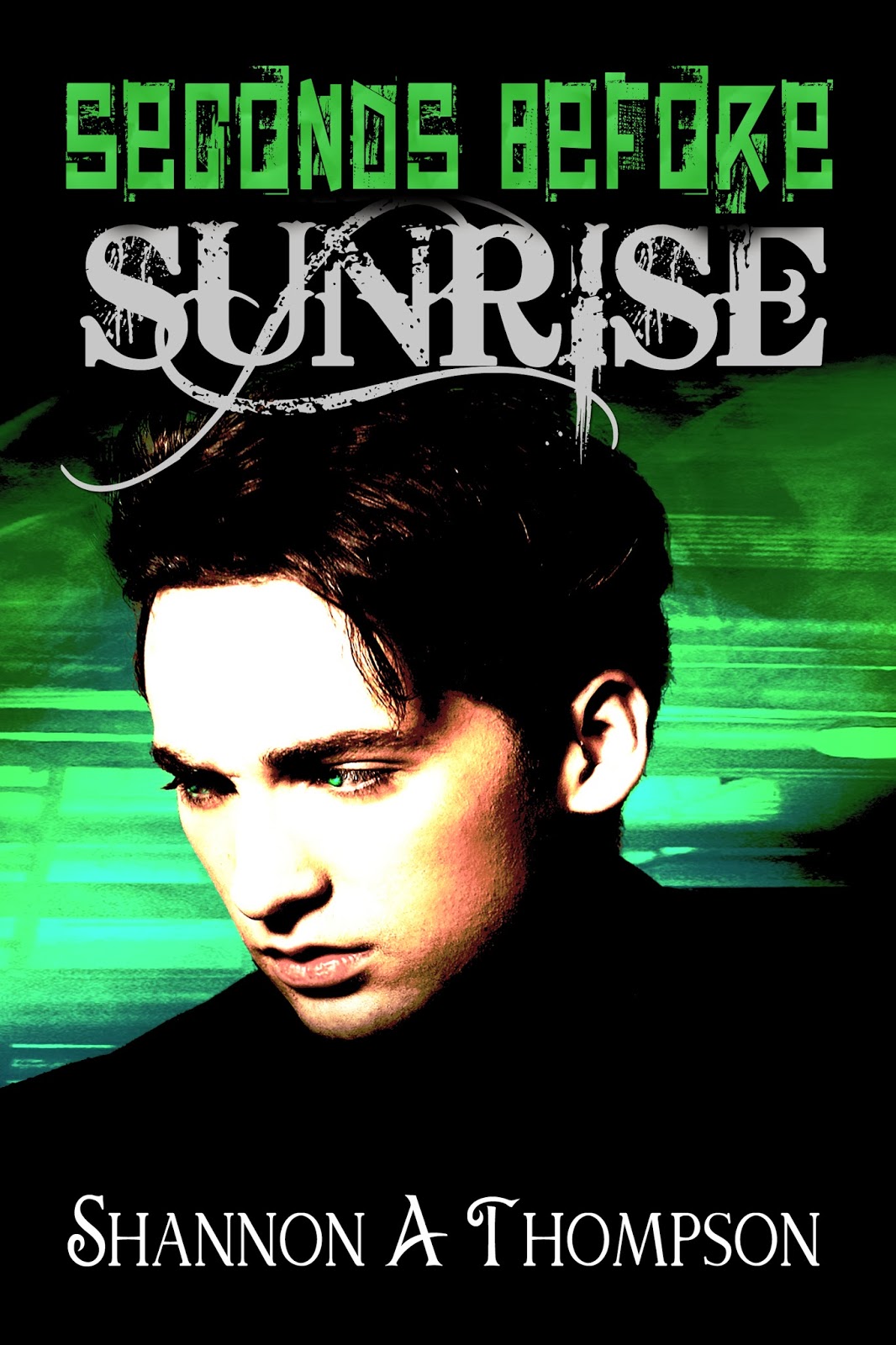 Two nightmares. One memory.
“Chaos within destiny. It was the definition of our love.”

Eric has weeks before his final battle when he’s in an accident. Forced to face his human side, he knows he can’t survive if he fights alone. But he doesn’t want to surrender, even if he becomes the sacrifice for war.
Jessica’s memory isn’t the only thing she’s lost. Her desire to find her parents is gone and so is her confidence. But when fate leaves nightmares behind, she decides to find the boy she sees in them, even if it risks her sanity.

Fact #34 Eric doesn’t necessarily enjoy music as much as he enjoys drowning out little noises that irritate him.

FOR MORE INFORMATION ON SECONDS BEFORE SUNRISE, CLICK HERE.
Posted by Harper Jewel at 6:00 AM