JOINING ME FOR BRUNCH TODAY
IS AUTHOR MITZI SZERETO


First and foremost, it is a pleasure to have you here. Welcome to Harper’s Sunday Brunch Interview!

So, can you tell us what makes Mitzi Szereto tick? What got you started on the path to becoming an author?
I’ve yet to figure out what makes me tick! But something keeps biting at my backside, forcing me to continue with this insane endeavor called “being an author”. Even from childhood I knew I had to create and would end up with a career in something creative. I spent nearly every waking moment drawing, playing a musical instrument or writing. I’d expected my eventual path would be fine art. Having sold a book before I’d sold a painting pretty much decided it for me. And there you have it!

What are you currently working on? Would you care to share a snippet?
No snippets yet, sorry! I’m currently wrapping up a pair of anthologies: Darker Edge of Desire (to be published in autumn 2014) and Love, Lust and Zombies (publication in 2015). I’m also working with my famous co-author (and bear) Teddy Tedaloo on a new installment in our quirky crime/cozy mystery series featuring Thelonious T. Bear, following up from the debut novel Normal for Norfolk (The Thelonious T. Bear Chronicles).

Do you include some of your own personal experiences in your books or do you prefer to use your imagination?
I’m not all that inclined to insert myself into my work. I’m not saying there hasn’t been the odd experience (or character) that I’ve drawn upon, but when I think back on my body of work, I find that such instances are rare. Probably the foremost example of my having done so is in Normal for Norfolk (The Thelonious T. Bear Chronicles). We included a number of our experiences in Norfolk, England in order to incorporate local color and lend authenticity to the novel—and it looks as if we’ll be doing so for the second installment in the series. But overall, I’d have to say that creating from my imagination takes precedence.

I think readers need to look beyond expediently placed labels on a book, since they are not always representative of the work. Professionally speaking, I’ve found this to be particularly relevant in regard to the “erotica/erotic fiction” category. I have a number of titles that have been labelled thusly, and I’ve had plenty of reader feedback and seen enough reviews to indicate that this label is not serving to attract those readers who might normally be open to reading my books, but are put off by a label that indicates a certain one-dimensionality in the content. I know I’m not the only author for whom this is likewise an issue. Indeed, this entire label thing has prompted many authors (including those already established) to go Indie, since they don’t want to be seen as doing the same thing all the time. It so happens that I released Normal for Norfolk as an Indie and I plan to pursue this avenue for some future projects as well.

Do you have a specific process or a ritual you go through when sitting down to write?
Hardly! No process, no ritual—never had them and I doubt I ever will. To be honest, I’m often a bit scattered when I write, jumping around to check emails or get a cup of tea or go look out the window or fiddle with something OCD-ish. I used to be more disciplined—and by disciplined I mean sitting on my backside for a reasonably long period of time and actually writing, but my environment hasn’t been as conducive to the task as it once was. I am aiming to change that within the next year!

Where do you find your inspiration for your plots? Do you have any tricks of the trade you would care to share?
The inspiration is always random and can come from anywhere—and often when I least expect it. For me it’s like little scraps of paper inside my mind that I suddenly catch a glimpse of. I start finding more and more of these scraps and eventually I have a story. The only trick I can suggest is this: if you’re stuck for ideas, do some writing exercises from out of a creative writing book or from a writing course. I always loved to come up with truly outlandish ones for my creative writing students at university. They clearly worked, since the students did some great stuff!

What is the oddest place/situation where an idea for a book/plot has come to you?
I’m not sure I can answer that. I find that ideas sneak up on me and I often can’t even remember when their initial seed was planted.

What makes a book stand out and perk your interest?
I like something with a distinctive voice that has some artistry to it. So much of what you find these days is as manufactured as the current crop of pop stars that are being shoved down our throats. Of course I enjoy some of the popular commercial authors, particularly when it comes to thrillers—and I’m not implying that their work comes across as “manufactured”, but I’m sure you know what I mean when I use this term. For me nothing quite compares to reading a book that is an actual piece of art—a book that uses language, storytelling and description in a way that’s unique and creative. Some books that come to mind that, at least in my opinion, fulfill this criteria are Lolita by Vladimir Nabokov; The God of Small Things by Arundhati Roy; and The Color Purple by Alice Walker.

We all have our favorite authors. Can you share some of yours and tell us why you like them?
Aside from those I’ve just mentioned, I’m also a big fan of the psychological mystery/thriller, so I’d have to include Ruth Rendell as top of the list in this area. I tend to read all over the place, so it’s difficult for me to keep a running tally of authors whose work I’ve enjoyed. Indeed, there are many!

We all have a pet peeve, care to share yours?
LOL! Where do I start?

When you’re not writing, what are the things you enjoy doing to relax?
I hardly ever relax. I know that sounds terrible and I really want to change this. The only time I can get away from work (and supposedly “relax”) is to leave town. I like to hit the open road and drive. In the last few months I’ve taken several road trips, some quite lengthy. If I’m not on the road, I might try to wind down with a film, but even that’s becoming a challenge. I hope I’ve not developed Attention Deficit Disorder!

Thank you so much for joining me here today, Mitzi. I know my followers will enjoy this spotlight as much as I have conducting it. Good luck on all your future endeavors.

A LITTLE MORE ABOUT MITZI 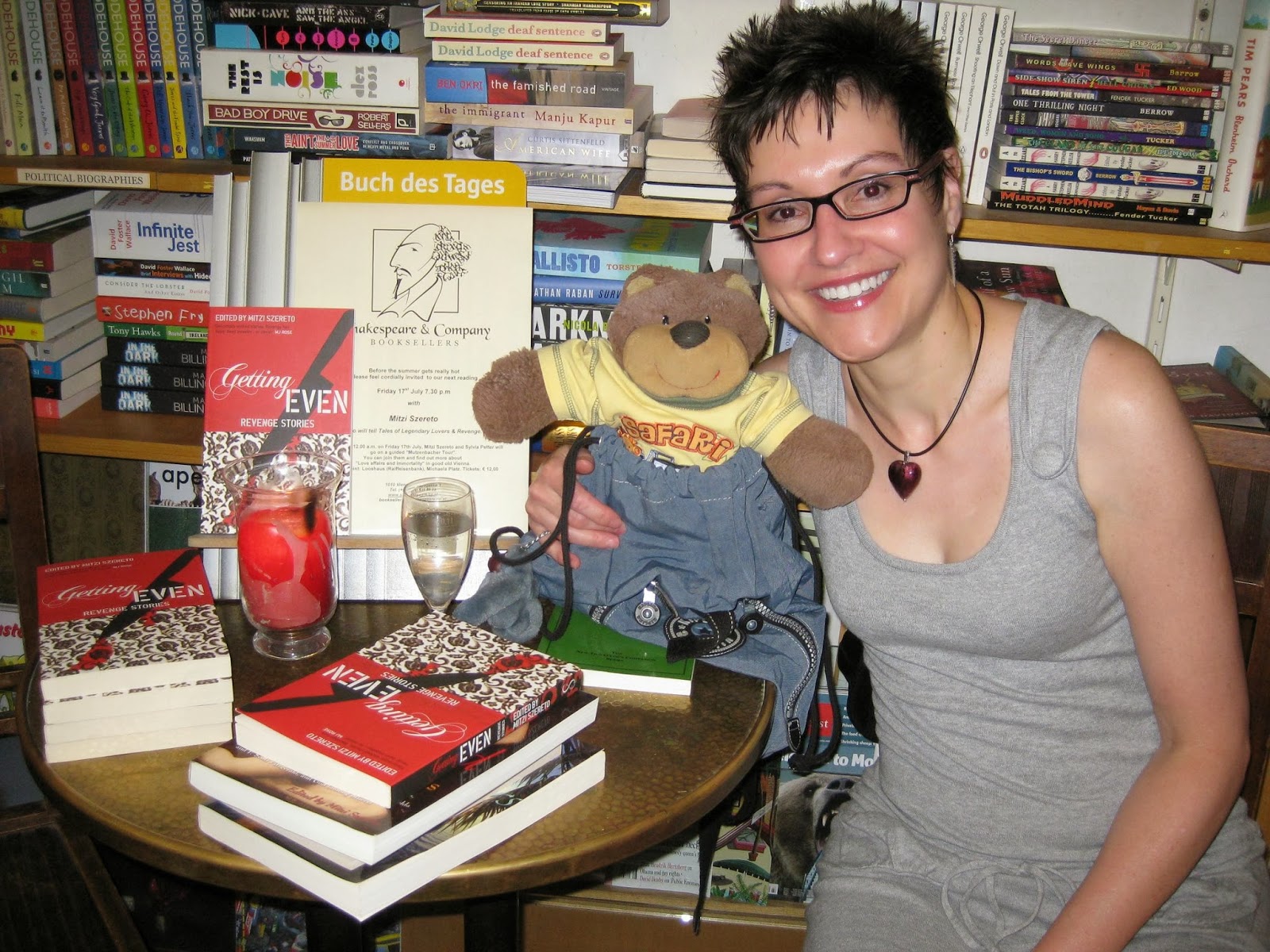 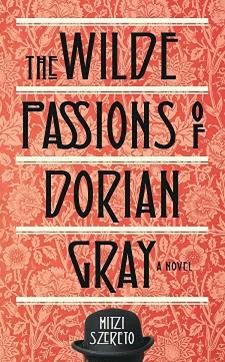 Inspired by Oscar Wilde’s classic novel The Picture of Dorian Gray, Mitzi Szereto’s Wilde Passions of Dorian Gray continues where Wilde left off with the Faustian tale of a man of eternal youth and great physical beauty who lives a life of corruption, decadence and hedonism. The story begins in the bordellos of Jazz-Age Paris, moving to the opium dens of Marrakesh and the alluring anonymity of South America. In his pursuit of sensation and carnal thrills, Dorian’s desires turn increasingly extreme and he leaves behind yet more devastation and death. He ultimately settles in present-day New Orleans, joining with a group of like-minded beings known as The Night People. They inadvertently return to Dorian his humanity when he falls in love with a young woman he rescues from becoming their victim. She will be his redemption, but she will also be his final curse.

PURCHASE LINKS FOR
THE WILDE PASSIONS OF DORIAN GRAY

A PREVIOUS RELEASE FOR MITZI 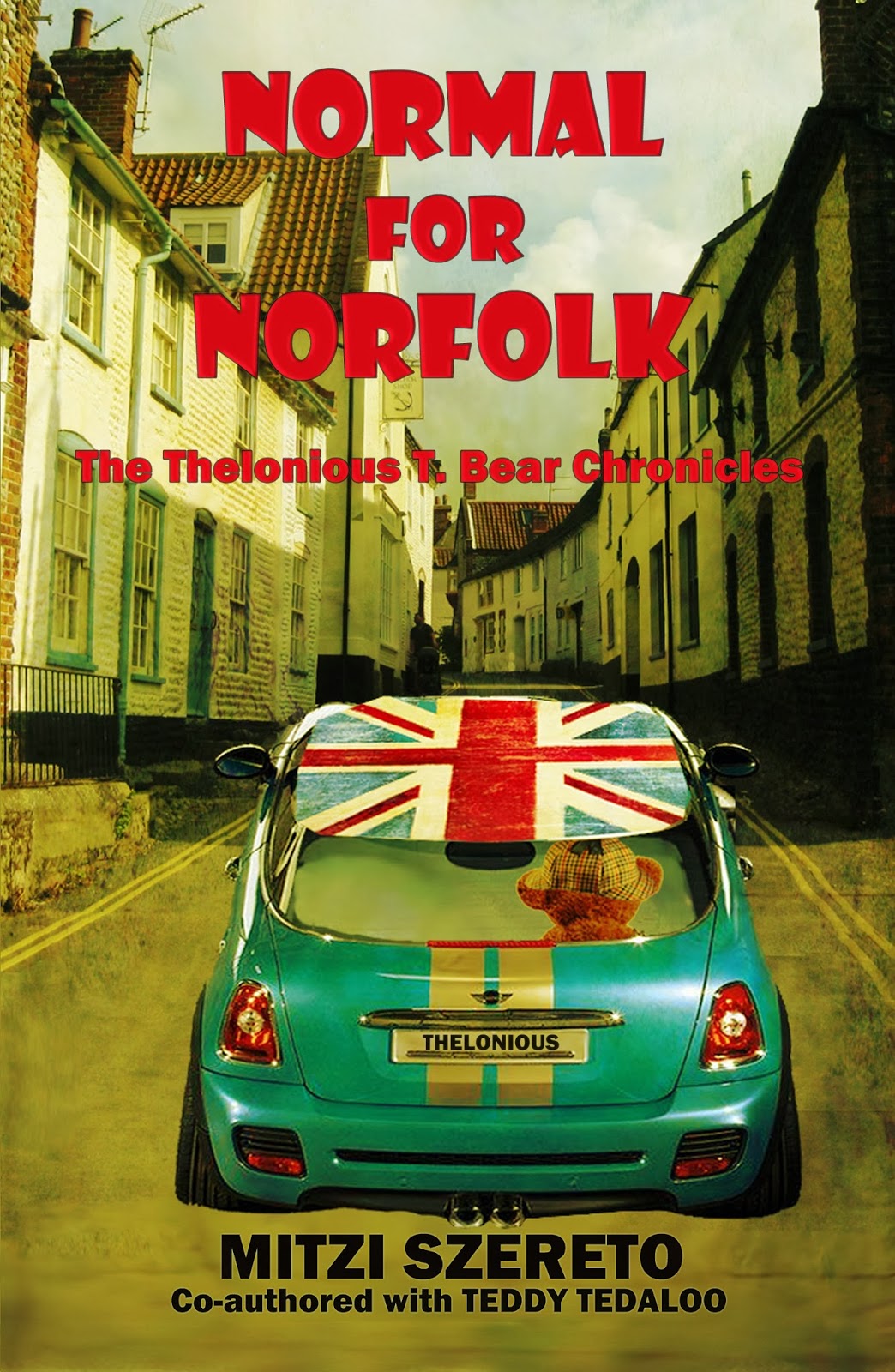 
OTHER TITLES BY MITZI 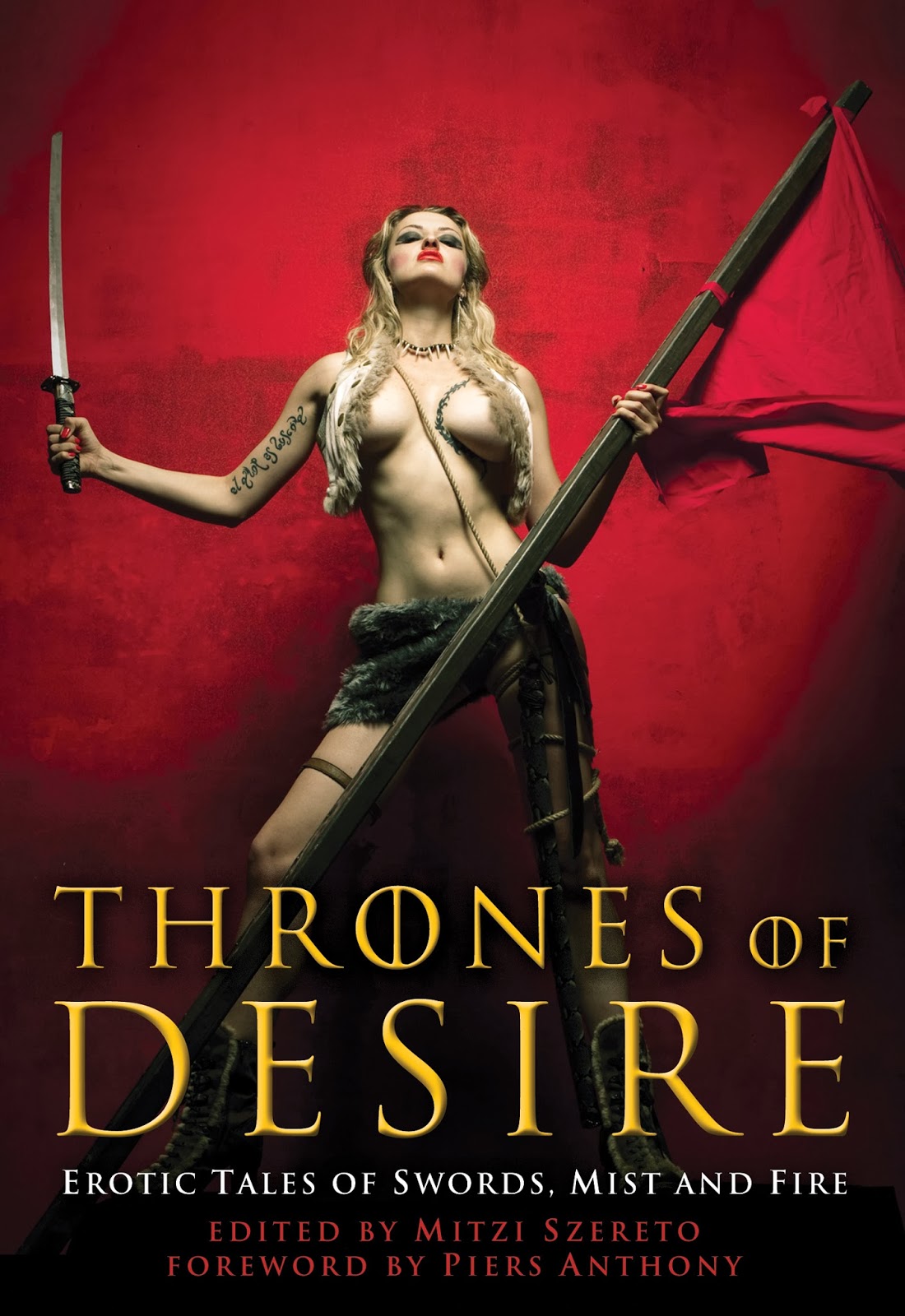 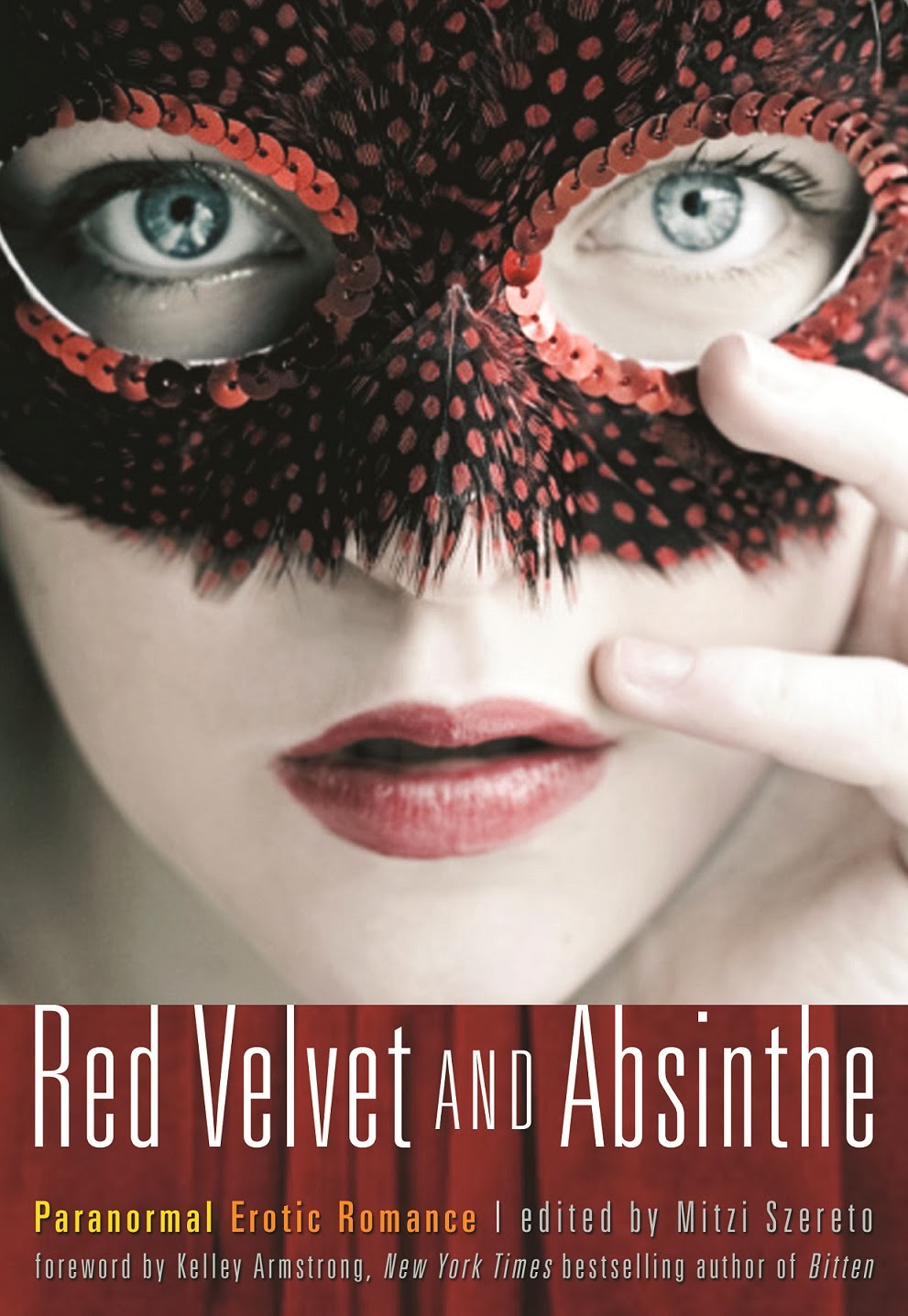 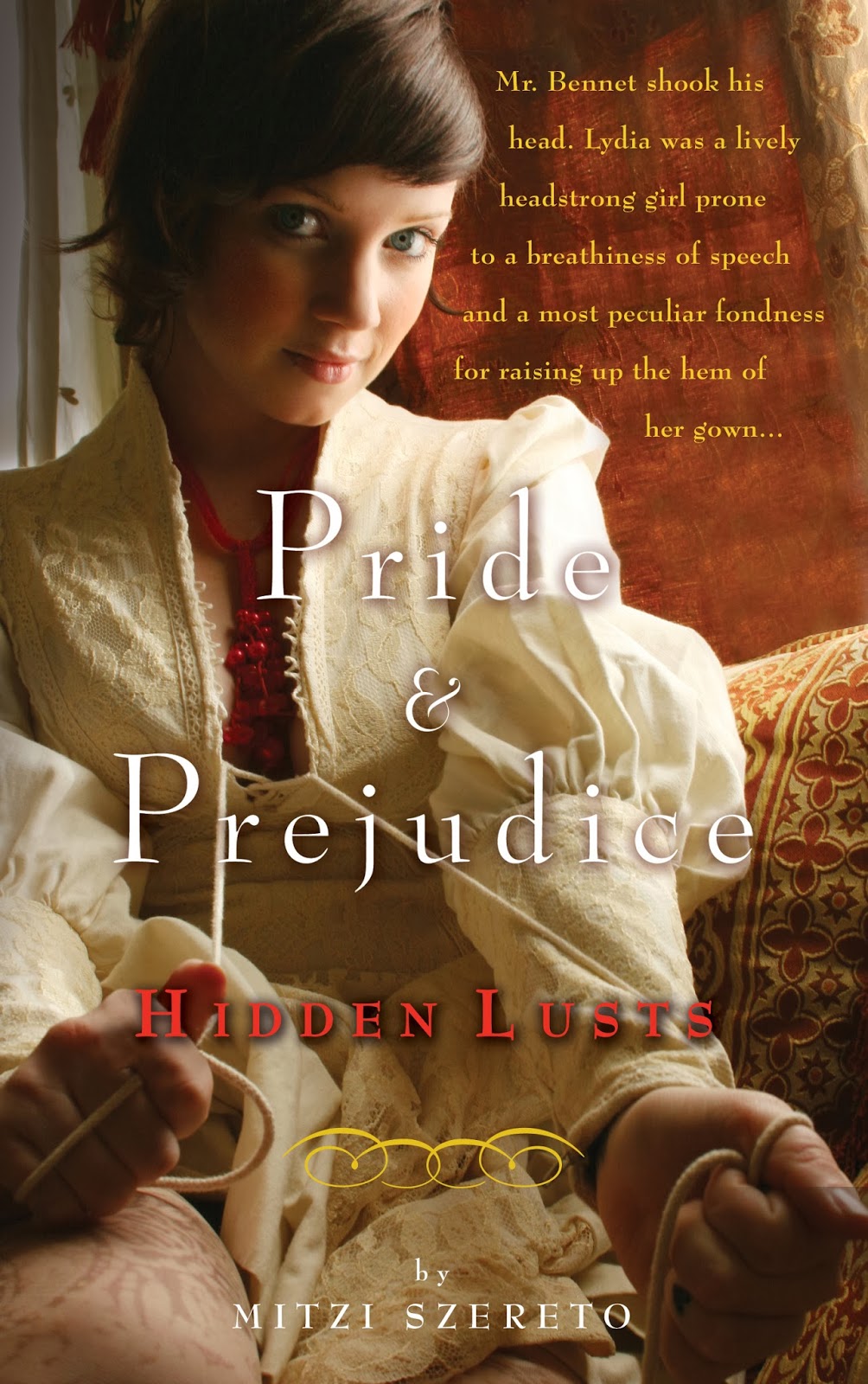